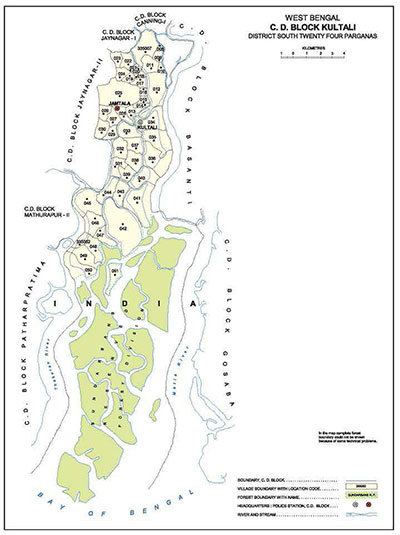 As per the Population Census 2011 data, following are some quick facts about Kultali Block.

In Kultali Block out of total population, 87,670 were engaged in work activities. 55.9% of workers describe their work as Main Work (Employment or Earning more than 6 Months) while 44.1% were involved in Marginal activity providing livelihood for less than 6 months. of 87,670 workers engaged in Main Work, 13,838 were cultivators (owner or co-owner) while 19,102 were Agricultural labourer.